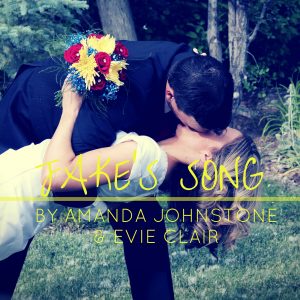 Jake’s song is an original by Amanda Johnstone and Evie Clair.  It was written as a love song for Jake Johnstone from his wife Amanda.  Jake is a cousin of Evie’s dad and Evie helped Amanda put together this song about unconditional love as a surprise to celebrate their upcoming temple sealing.  Jake’s Song was performed by Evie Clair on vocals and piano and Stephen Moyer at Vistalight productions on guitar.  Stephen also recorded and mastered the audio. This is Evie’s 3rd original pop song, but this one has more of a country flare.