This video was created, partly, for a contest called The Next Big YouTuber at CVX Live – a convention of fans and top YouTubers including Peter Hollens, Bored Shorts, Tiffany Alvord and many more on March 25-26, 2016 at the University of Utah’s UCCU Center in Orem, UT.  Evie will compete in March 2016 to become the CVX Live, Next Big YouTuber. Fan voting goes from March 4th to March 11th and the top 20 videos will make it to the celebrity round where 5 finalists and a winner will be chosen.  The top 5 and the winner will be announce on stage at CVX Live on March 25/26.  Last year Madilyn Paige won CVX Live.  Evie’s friend, The Piano Gal, was a top 5 finalist.

Evie wanted to add a new element to this video and include dancing with her vocal and piano expression. Evie is multi-talented and is appreciative of Porter Abplanalp who agreed to dance with her for this video and share some of his talents. Evie’s dance career began when she played the part of Molly for a 32-show run at Hale Theatre’s production of Annie in Gilbert, AZ. Director, Cambrian James, taught Evie at the age of 8, to tap dance for that show.  Her lyrical dance abilities are showcased in this video while Porter’s style is a contrast to lyrical to highlight the different perspectives and actions of the two birds in the song. 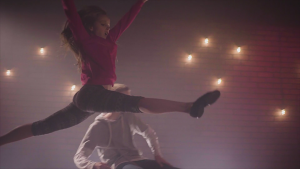 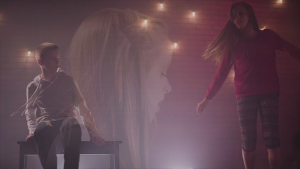 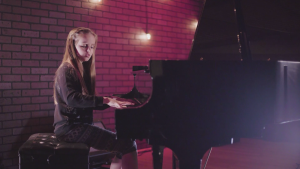 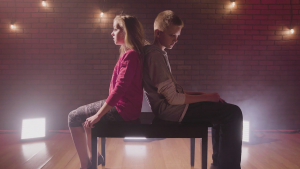