Sponsored by the Generoso Pope Foundation

Evie’s first performance after America’s Got Talent was a huge success! Tuckahoe had never seen such a big turn out with 5,000+ people filling the square. It was Evie’s first time in New York City and it was huge to a small town girl.  She was happy to get out of the big city and into the quaint little village of Tuckahoe in the town of Eastchester, NY. The sense of community there was amazing and the generosity of David Pope has a lot to do with it, we discovered. He’s a philanthropist who volunteers as the cheer coach and led the school’s cheerleading team to national and world championships last year. 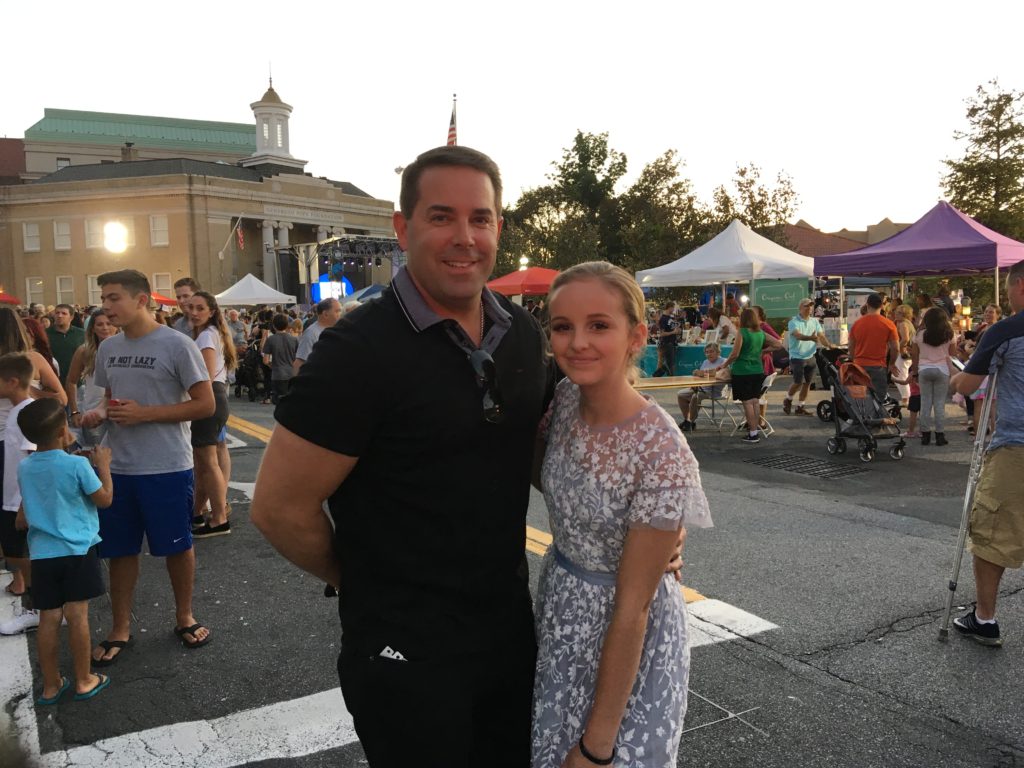 When we arrived in Tuckahoe, we went for some pizza at a local restaurant. Evie was Top Live on Instagram and we heard Angelica Hales’s voice in the distance. Her Instagram audience followed us as we followed the voice to the Generoso Pope Foundation stage where Angelica was doing a sound check. We were so excited to see her again after just leaving her in LA. She saw Evie and jumped off the stage to greet her. 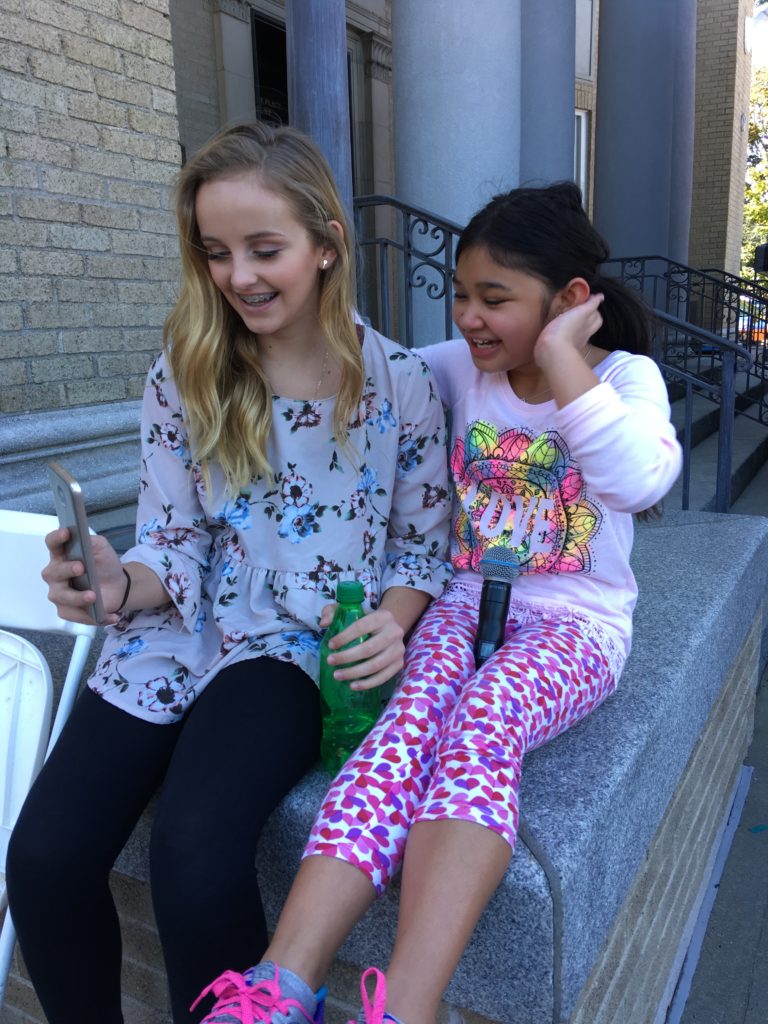 Evie had sound check next and AJ Pope came out to greet her. His family’s foundation was sponsoring the event. He said he had met all kinds of big celebrities over the years but had never been more excited to meet anyone as much as Evie. He also said that even though The Village People and other big name bands were performing that night, everyone he talked to was coming to see Evie and Angelica. That made her feel really special. 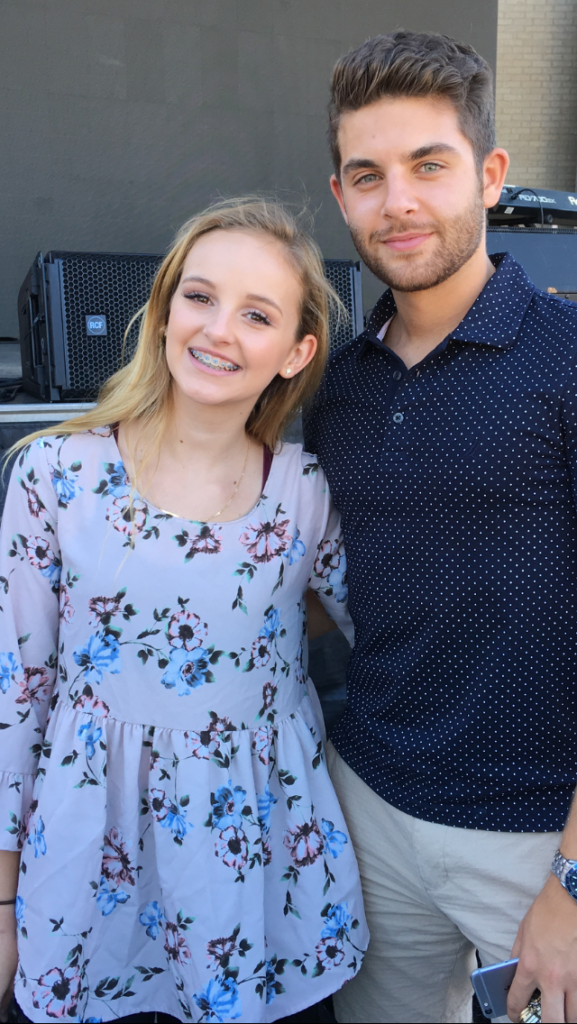 They treated us like gold all day. They provided amazing audio visual staff and a beautiful dressing room. Really, they spoiled us from start to finish ending her set by announcing a gift they had for her – a trip to Disneyland! 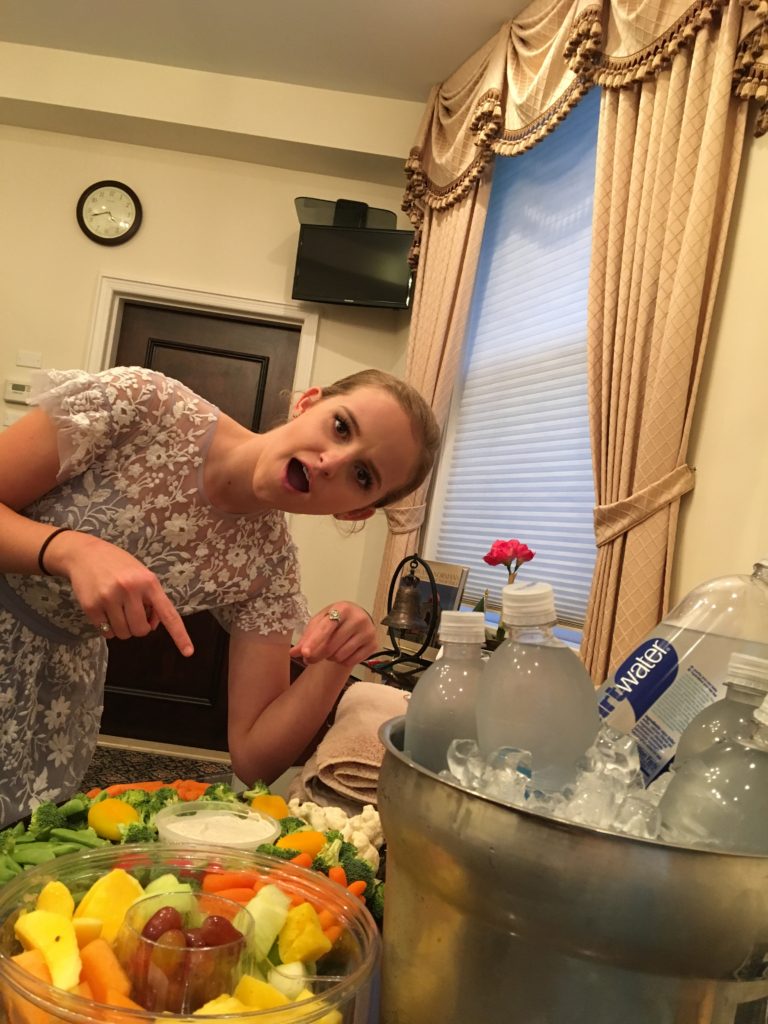 Evie was super excited to meet a couple of her mom’s cousin Cody and Uncle Barney who are both New York City musicians. One is a rocker and one is a classical violinist. Can you guess who is who? 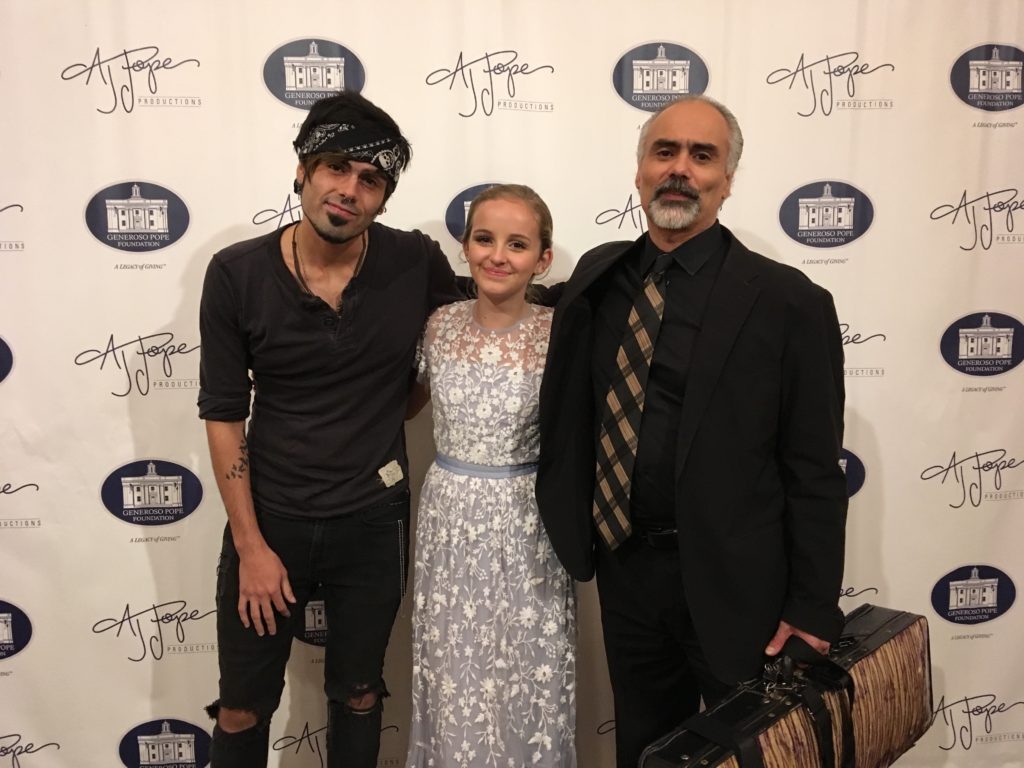 Evie Clair performed a half hour set of heartfelt ballads mixed with fun, upbeat songs like Lanka’s “The Show” and her original “Okay Day.” Before the concert, she took pictures with her fans and had a meet and greet exclusively for David Pope’s next generation of champion cheerleaders. 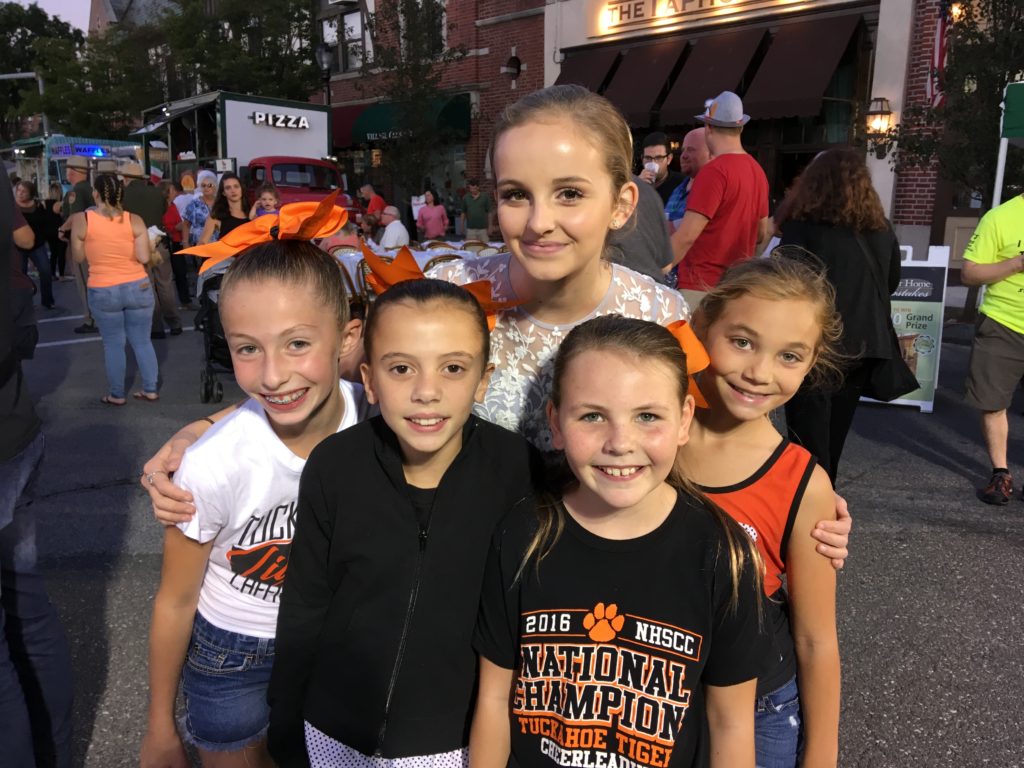 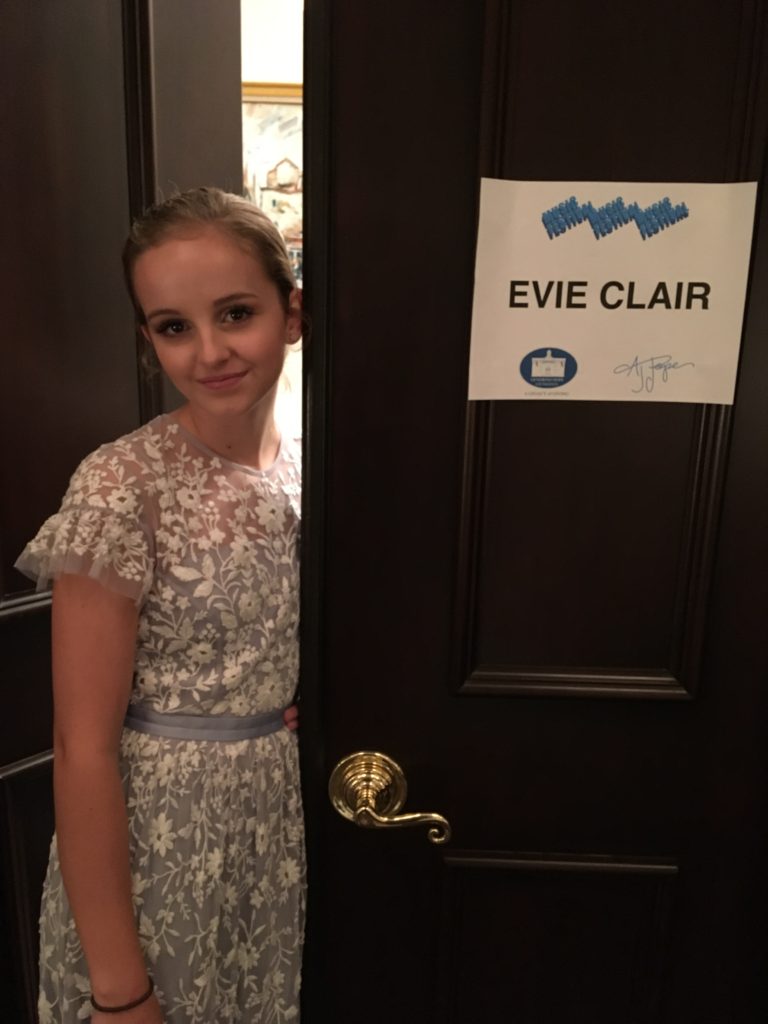 Spending time signing autographs with Angelica Hale is always fun. Angelica also spent much of the time in Evie’s dressing room.  It’s great to be far from home and still have friends around. 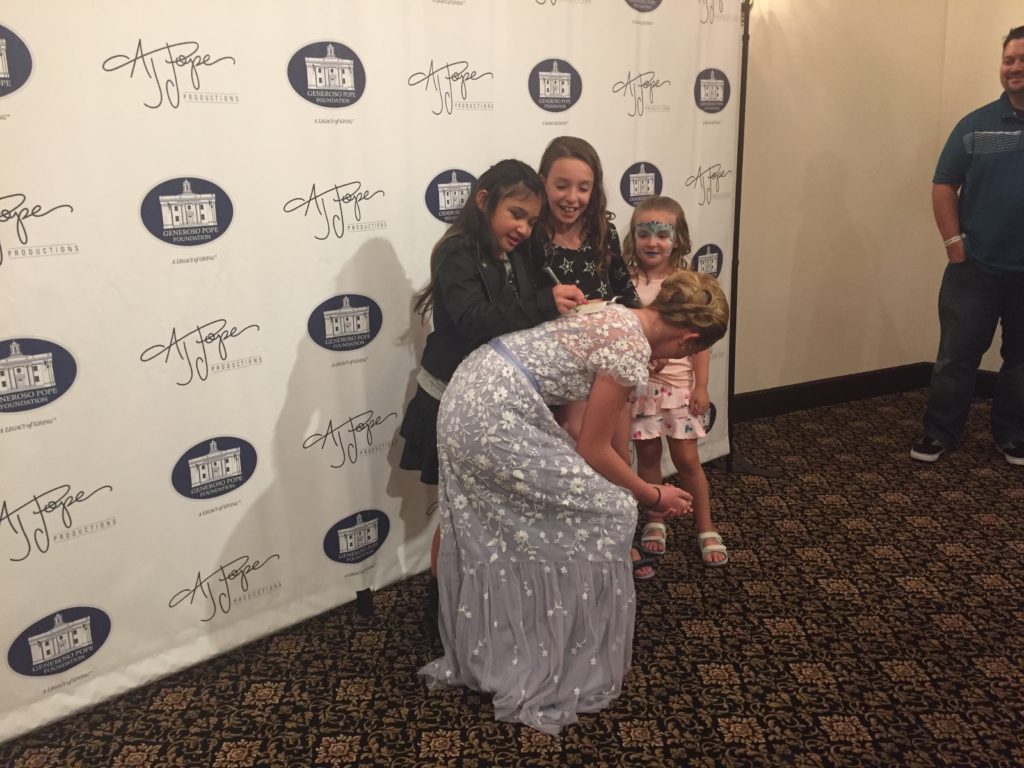 Yes. This is the real “YMCA” Village People! They were so fun. The cowboy and construction worker have been replaced from the original band but they were just as fun as ever.  The cowboy was a big fan of Evie’s too. 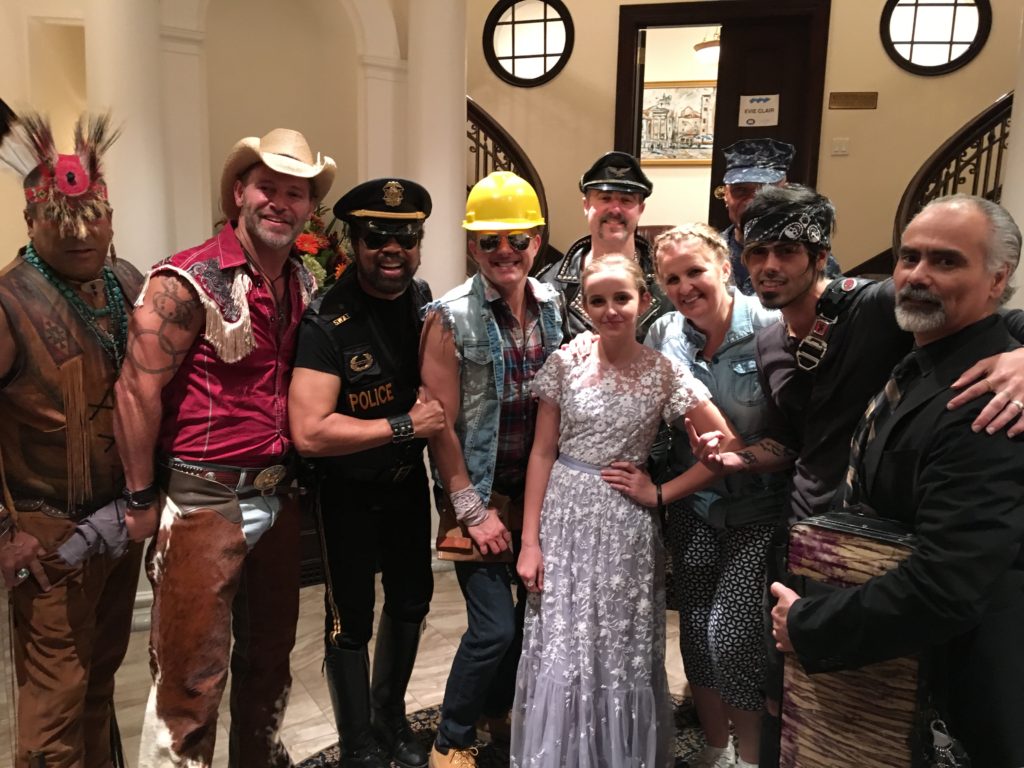 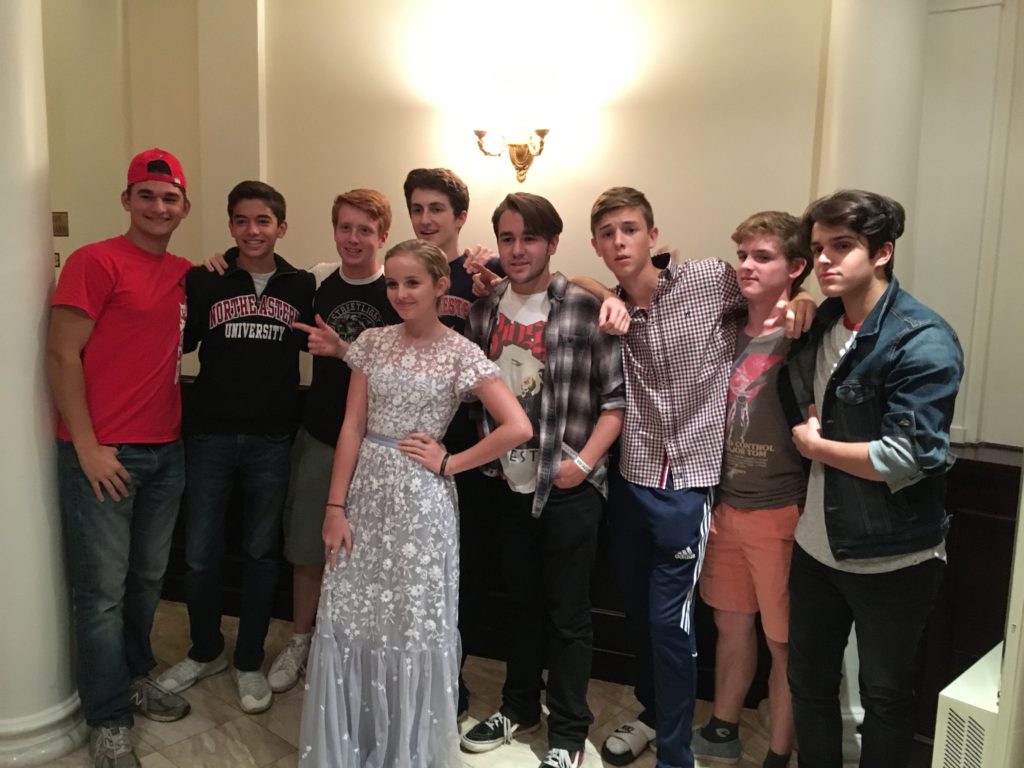 Even The Boy Scouts wanted a picture with Evie Clair. Her set list included some originals plus her own arrangements of other favorites such as “Dreams” by the Cranberries and “Time in a Bottle” by Jim Croche. She was well received by the adoring crowd and so happy to be doing what she loves. 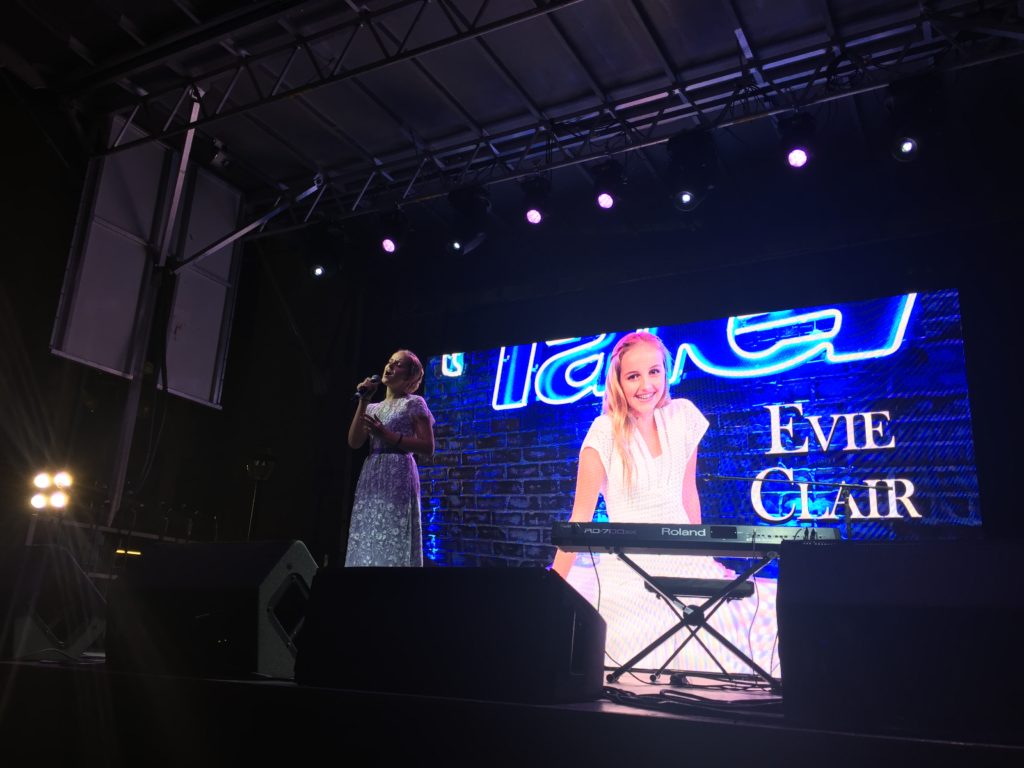 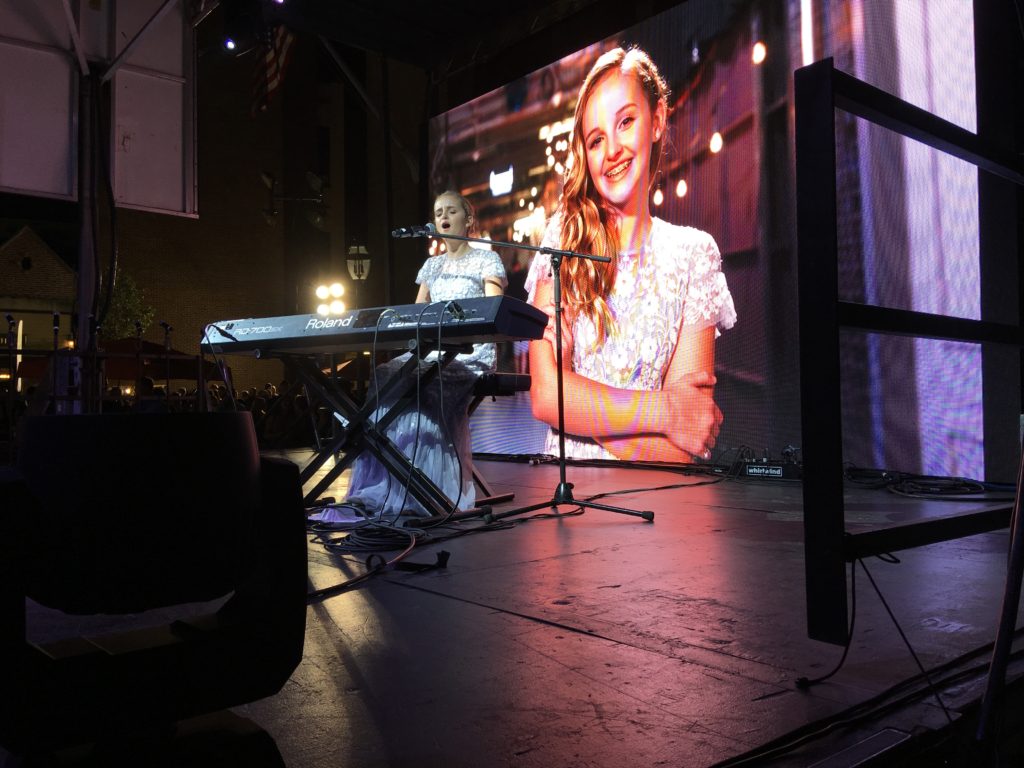 Evie was so excited to see that someone in the crowd had even made a poster with her name on it. It is beyond imagination to her that people all over the country know her and believe in her. She appreciates all those individuals and organizations who show love and support as she continues to chase her dreams. 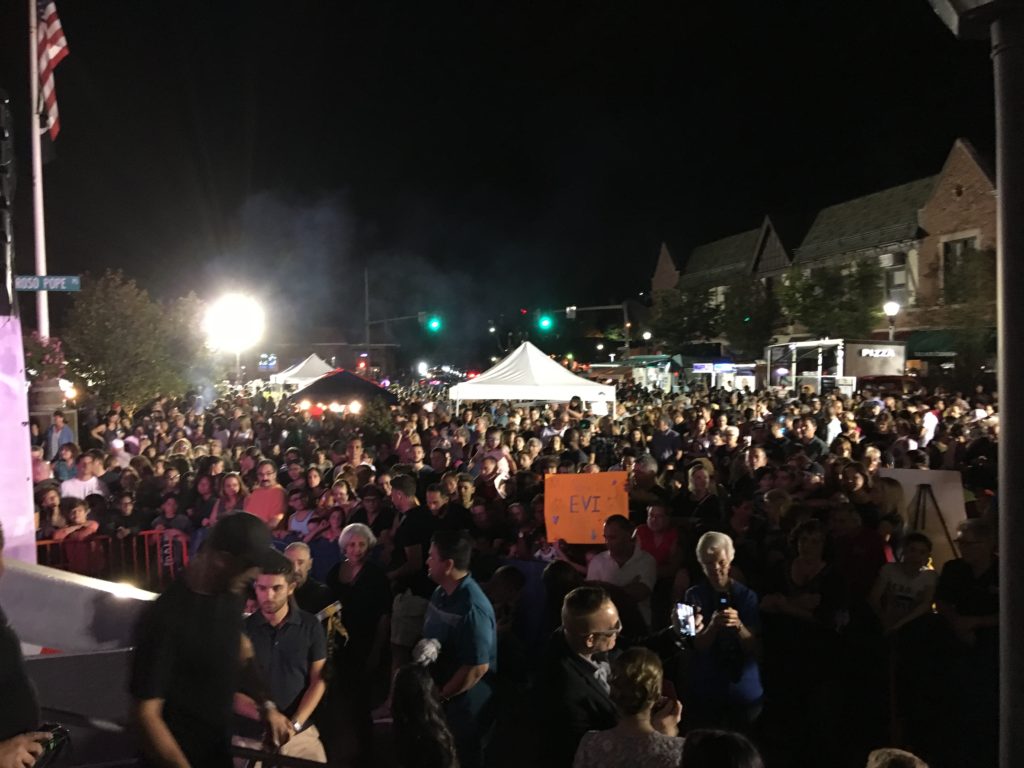